Doug Yates has been around the sound of revving engines for as long as he can remember. You could say, it’s in his DNA. This comes as no surprise when you happen to be the son of a legendary engine builder and NASCAR team owner Robert Yates.

With a passion for racing and making horsepower, Doug not only carries on a deep-rooted father-and-son heritage of winning, he continues to provide the vision for growth in the development of high-performance engines and CNC manufacturing as a respected businessman.

Born and raised in the heart of Charlotte, NC, Doug attended North Carolina State University and earned a degree in mechanical engineering in 1990 and in 2015 was inducted into the MAE Hall of Fame. With his education in hand, coupled with a keen fascination with making horsepower and his desire to push innovation, Doug soon became head engine builder at Robert Yates Racing. 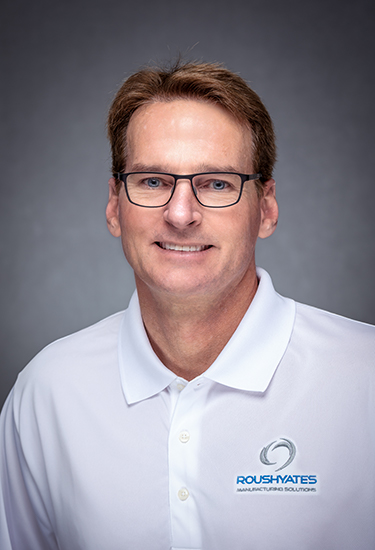 By 1999, Doug’s knowledge and responsibility led him to one of his proudest on-track moments when Robert Yates Racing and team driver Dale Jarrett won the overall Winston Cup (now NASCAR Cup) championship.

In 2009, Doug purchased his father’s half of Roush Yates Engines to become a co-owner in the company. Today as CEO, Doug leads a staff of 200 employees.  Doug’s leadership continues to provide growth in two state-of- the-art facilities; Roush Yates Engines and Roush Yates Manufacturing Solutions.

Doug Yates has worked in the motorsports and CNC machining industries for over 25 years. He challenges himself and his team to be a world-class organization and produce the best in class products. Whether he is machining components or building champion caliber engines, Doug continues to exemplify the pursuit of excellence.