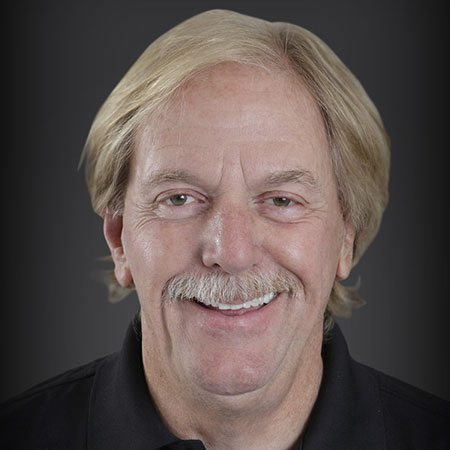 Robert Yates, owner of Robert Yates Racing, legendary engine builder and NASCAR Hall of Fame member, enjoyed working in the sport that he loved.  Steadily excelling in the field and progressively building a legendary career that made him part of NASCAR history and became a part of the rich motorsports heritage that the industry knows today.

Yates has been one of the industry’s premier engine builders since 1960, working with NASCAR Hall of Famer Junior Johnson and providing the power under the hood for Hall of Famers Bobby Allison, Cale Yarborough and Darrell Waltrip.

In 1967, Yates joined Holman-Moody Racing – Ford’s stellar factory operation.  He worked hard fine tuning his machining skills to transform bored blocks into some of the most powerful race winning engines for the Wood Brothers and Junior Johnson. That was only the beginning and he quickly progressed in the sport, joining legendary driver/car owner Junior Johnson’s team to oversee engine development. Yates earned 30 wins as an engine builder from 1969 – 1975.

All of Yates’ hard work under the hood, over the years, paid off in 1983, leading Allison to a series championship with DiGard Racing. In 1988, the opportunity arose to purchase the Ranier/Lundy Racing team. Yates along with his first driver Davey Allison teamed up with great success. This opportunity afforded Yates the opening to not only machine and build his own engines, but also become a team owner.

NASCAR car owner Yates’ had the likes of NASCAR Hall of Fame drivers such as Dale Jarrett, Ricky Rudd, and Elliott Sadler. Jarrett and Rudd won a combined 11 NASCAR races, 71 top 5s, and 114 top 10s, solidifying RYR’s spot among the most successful teams in NASCAR history.  In addition, Jarrett and RYR won the 1999 Winston Cup Championship.

In 1990, Yates developed a set of cylinder heads that produced 50 additional horsepower over the competition.  During the 1990s, it took over 3 months to manually machine and port a set of cylinders heads.  With such a competitive advantage, Robert was required to provide cylinder heads to all the Ford teams. This requirement was the steppingstone that inspired him to purchase his first CNC machine, to reduce production time and cost, while providing a consistent product to other teams.

Robert Yates and Jack Roush spent decades as rivals as engine builders, businessmen, and at the racetrack, but decided to forge an alliance in 2003 with Ford Motor Company’s support. Roush Yates Engines was created as a partnership of two legendary engine builders and race team owners. The joining of forces has proved to be a winning formula. The awesome power of these two engine builders turned into immediate success with the winning of the 2004 Nextel Cup championship and 19 Nextel Cup race wins in the first year and a half.

Since RYR’s inception in 1988, Yates’ two-car team proved to be one of the most invincible opponents in the NASCAR garage. On September 7th, 2007, Yates announced his retirement as President of Robert Yates Racing.